Arapahoe Basin’s Pallavicini chair lift and ski run is a rite of passage for hard core skiers worldwide and especially for local Coloradans.  Pallavicini, referred to as just “Pali,” is one of the highest skiable elevations and steepest mountains not only in the State of Colorado but in all of North America.

The expert terrain challenges the best of the best with its cornice drop off, endless moguls and narrow offshoots.  The last couple of years have brought some big changes to this High Rockies ski stalwart, and here’s the scoop. 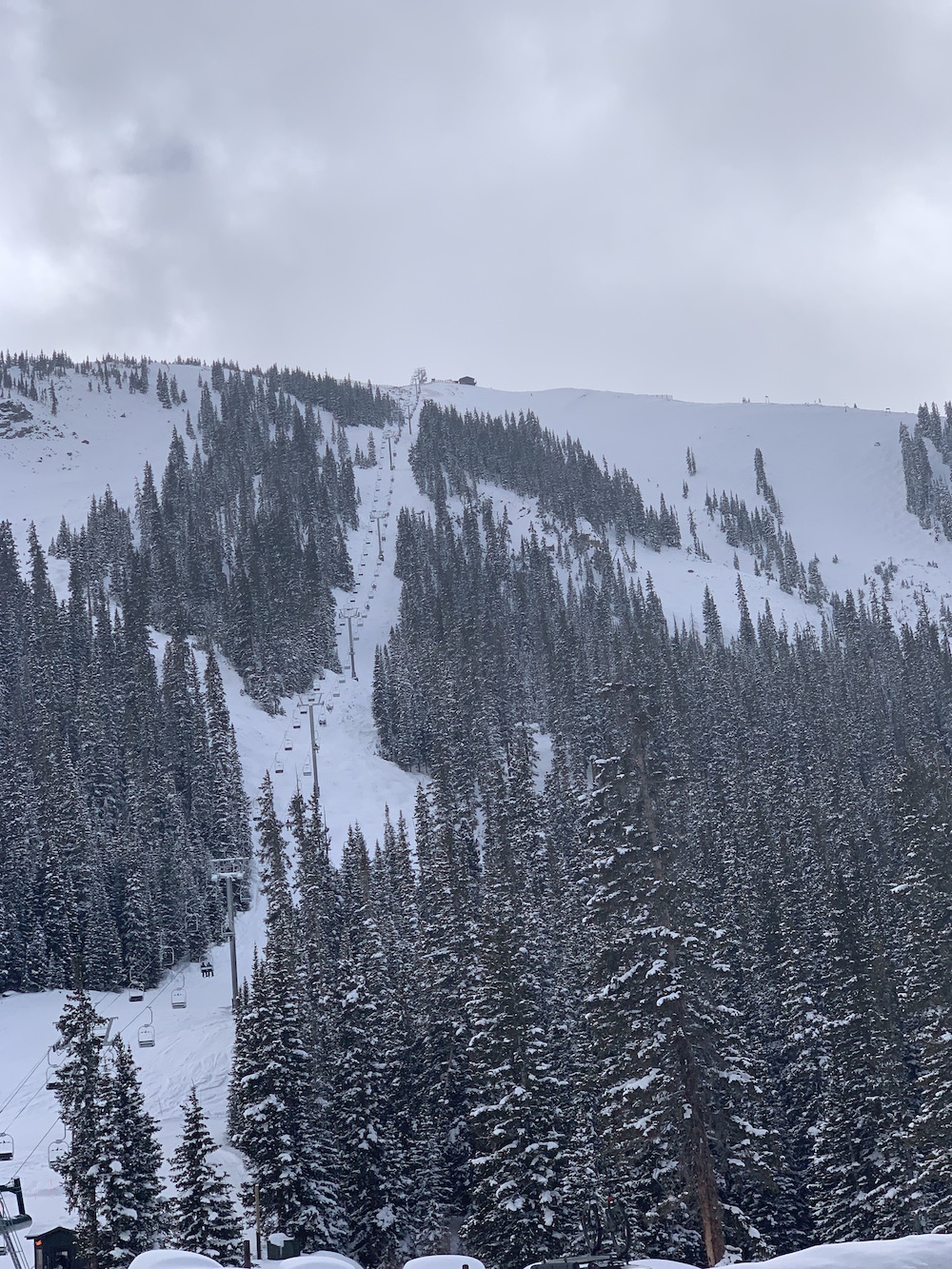 The Pallavicini Chair Lift AKA “The Center of the Universe”

The Pallavicini chair lift has an interesting history. The lift was constructed back when Ralston Purina owned Arapahoe Basin Ski Mountain in the late 70’s.  Established in 1978, Pali, drops skiers at the summit of some of Colorado’s most challenging double black terrain.  Over the years, the lift has acquired special names like “the Black Jewel of the Basin” and “The Center of the Universe.” 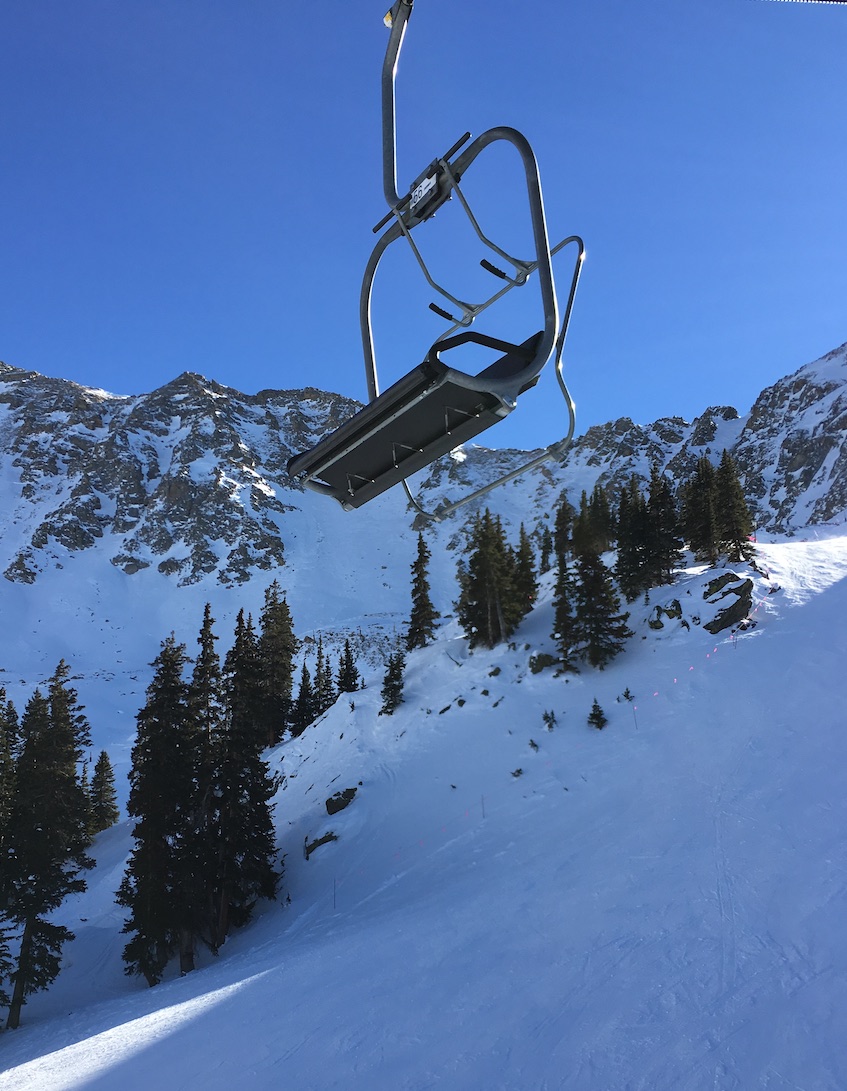 After a legendary 43 years, Pallavicni has a new lift!  The two person ride from the 70s was replaced and reopened as a smoother, new high powered chair in December 2020.  The reviews are excellent!

Some of the steepest and highest runs in North America are accessed from the Pali lift.

Amongst the epic ski runs off the Pali chair lift is Pallavicini itself, one of the most thrilling ski runs on the planet.

Barry Dechtman, a college freshman, remembers skiing Pali first when he was 12 years old.  “I wanted to do it because my parents wouldn’t let me,” says Dechtman.

When you are at the top of Pali, it feels like being on top of a roller coaster. You’re just waiting to hit the drop, and it’s so fun!

Another legendary Colorado run, Gauthier, which is even steeper than Pallavicini, can also be accessed from the Pallavicini chair lift.  The narrow shoot has an 45 degree (approximate) pitch and is known as “the 5th Alley.”  The alleys refer to several harrowing gullies off Pallavicini, with Gauthier being the steepest.

How Did the Pallavicini Chair Lift Get its Name

Colorado’s Pallavacini got its name from a similarly shaped ascent in Austria. Pallavicini Couloir on Grossglockner. 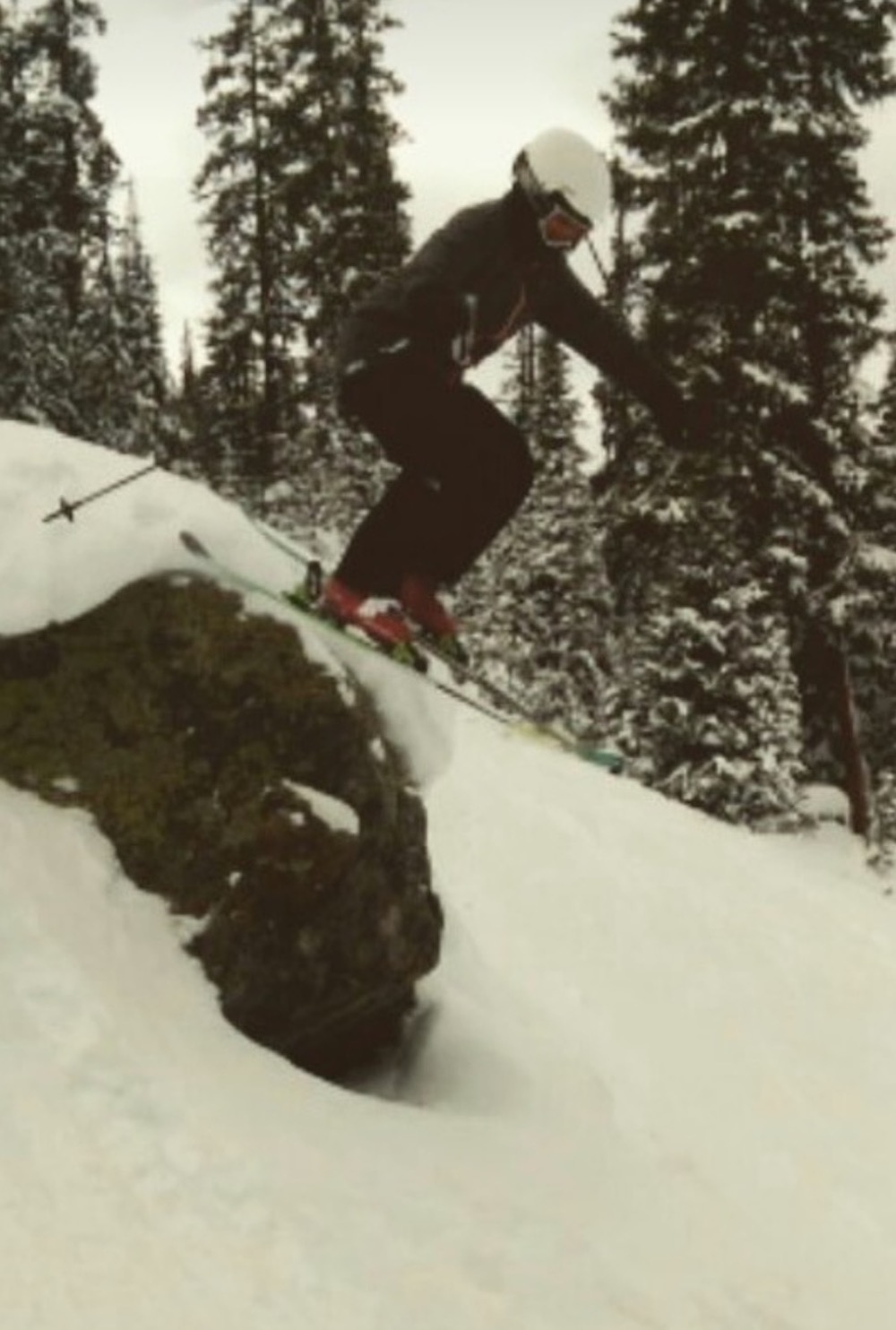 Pallavicini Couloir on Grosslockner is the highest peak in Austria at 12,457 feet. Arapahoe Basin’s Pallavicini similarly stands above tree line at 12,130 feet.  History tells us Count Alfred Markgraf Pallavicini and a couple of his buddies were the first to summit the Austrian peak in 1876, thus the name Pallavicini.

Almost a century later, Colorado’s “Pallavicini” chair lift was dedicated to the vision of Larry Jump and his wife Marnie. Jump, a 10th Mountain Division soldier in World War II, was the co-founder and president of the original Arapahoe Basin Ski area.  Reportedly, Jump was also the one who coined Pallavicini “the Black Jewel” of the Basin.

Adding to the Pali lure, the thrilling descent finishes at the bottom of A-Basin it the beloved place known as “the Beach.”

The Beach is  an A-Basin hangout right by the parking lot where skiers set up lawn chairs, grill and blast music. How many 12,000 plus ft. ski peaks land at the beach?

With an elevation of over 13,000, A-Basin stays open longer than most resorts in North America. The first to open in mid October and the last to close in early June, A-Basin skiers hit “The Beach,” almost year round.

Skiers eager to start their season and those holding on to the last run of the year enthusiastically bring in and out the ski season every year with one big beach party!

From Epic to Ikon:

Undoubtedly, even Epic Pass holders will find value in purchasing a stand alone ski day at A-Basin.  A day in “A-Bay” is a day you will cherish always.