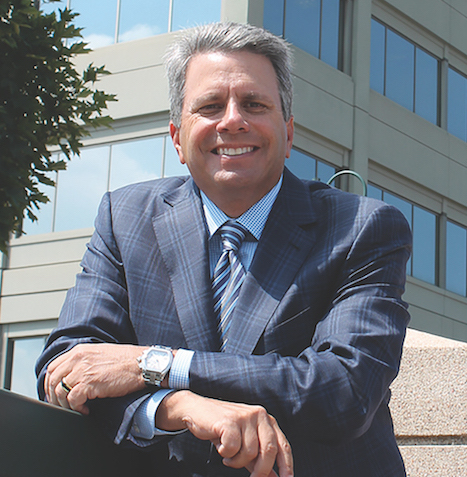 Peter Niederman, The CEO of Kentwood Real Estate, knew Denver was the “It Place” long before the rest of us.

Peter grew up in the northern suburbs of Chicago. When he came to Denver after college, he knew then Denver was the “It Place” to be.  In the early 80’s Peter worked as a high rise architect.  He soon become infatuated with the real estate industry in Denver and got his real estate license to start buying and selling income property.  That was around the time he met his then future father-in-law, Bill Moore, an icon in Denver residential real estate.

Peter went to work with Bill Moore, who owned Moore & Company, which at that time was a 65-year old real estate company that had been in the Moore family for two generations.    “From the minute I got in the real estate business I just loved every minute of it.  I sold real estate, managed an office,  became a chief operating officer of a company, owned a company and now sold a company. It’s in my blood,”  says Peter.

Last year, Peter Niederman sold the Kentwood Company to Home Services, A Berkshire Hathaway Company.  Peter continues to run the company as CEO and carry on its local branding that he helped create: “We are Denver Real Estate.”


You were recently recognized as one of the nation’s 200 most powerful people in residential real estate by the Swanepoel Power 200 (SP200).  To what do you attribute this ranking?

What I’ve tried to do is look at real estate in Denver in a different manner.  With my background of learning the business from the ground up and then being in management, it has really allowed me to see what I like to do and what works.  I have worked for some great people –my father in law for one.  He is probably one of the greatest mentors or people in my life, along with my father in Chicago.

What we want to do as leaders is not do what everyone else is doing, but do it in a different way.

I was fortunate enough to come in and have the opportunity to buy a company called the Kentwood Company.  The Kentwood Company at the time was three offices: Tech Center, Cherry Creek and downtown.  When I came on in May of 2007, Kentwood had a strong culture. So, what I tried to do is from that foundation make it even better.

The internet was starting to evolve. We really wanted to be the strongest brand online. That’s when everyone started talking about 70%, 80%,  and now 90% of people start their search on line, whether you are a buyer or seller.  So we wanted to be the most recognizable brand.  We started buying up all the best brands: denverrealestate.com, denverhomes.com, homesindenver.com.  We wanted to be a brand that if someone was searching online, they would hit our website.

More than anything though, it was to maintain the highest level of professionalism within the culture of the company. That was the single most important thing that we did and that we built upon.  We are recognized nationally for having one of the top three companies nationally for the highest sales volume per agent at almost 12.5 million per agent on an annul basis, 21 transactions per agent on an annual basis.  Not many companies have anything close to that.

What Inspires You Most in Other Leaders in Denver:

I have come across a lot of great business leaders in a lot of different industries.  The single most important thing that every business leader has, whether it be energy, real estate, real estate development, commercial real estate– the one common denominator that I’ve seen in every great leader is passion.  Its the ability to take an idea, or a culture, or a brand that they want to build and have that insight and that focus to not let anything be a deterrent to get in their way.

The difference that I see from the best leaders, whether its local or national, they have such a passion to succeed and implement great ideas and nothing stops them from doing it. Also, leaders are great, but its also the people around leaders that help make them successful.

What Are Some of the Major Changes You Have Seen in the Denver Real Estate Market Over the Years?

When I moved here and got hired out of the University of Arizona as an architect, Denver was hopping.

Then we saw a bit of an economic downturn, not just in Denver but across the country.  We started to see the top MSA cities (Metroplitan Statistical Areas) come out of the downturn and grow in the early 90s and beyond. Denver did well.  It started to attract businesses, but I would say,

in the last three years Denver has become an “IT place” again – similar to what I felt nearly 35 years ago.

We are getting a lot of businesses. There’s technology: Google, Amazon, Panasonic. There’s manufacturing and industrial. They are coming here. Denver is a great place to use as a hub to use for businesses internationally.  There are more global flights.

So, right now Denver and the State of Colorado has everything working in the right direction. They are hitting on every cylinder possible.

We are one of the top three housing markets: Portland, Seattle and Denver. We have been that way for the last five or six years now. When we noticed the big change in the Denver real estate market, it was like a light switch went off after we came out of the economic downturn in 2008, 2009, 2010. January 1st of 2012, everyone was like, “ok, we are done. We want to transact real estate. We want to get on with our lives.”  It was like, “Ok, let’s go!”

Someone decided to turn the faucet on, and Denver was the place people wanted to be.

When I travel and strike up a conversation with someone I don’t know, one of the first things people ask is,”where are you from?”

When I say I’m from Denver they are like, “Denver! Wow! Denver!”

Everyone gets a smile on their face.  When I am in town, the sense I get when I go to a restaurant, or I am out in the parks, or out just doing errands is that people have a sense of pride about Denver and the quality of life and about just being here. It’s a great place right now!

What is the Most Exciting Change or New Development You Have Seen In Denver Over the Last Year?

In the earlyh 80s, it seemed we were energy dependent.  Now we seem to be becoming a very diversified economy. It’s technology–It’s energy.  We have the cannibus industry which is generating well in excess 100 million dollars for the State of Colorado–that is going for schools, roads, infrastructure and bridges.  People are excited about Denver. There is youth–foodies, culture, the arts.  We are getting shows that we would have never seen before.

What is a change someone might Not Yet Know About Denver?

One of the neatest thing that I see evolving is technology. We are attracting technology companies. The growth is almost like a second to Silicon Valley. The growth and Google, and Amazon, and Panasonic and some of these other companies. They want to relocate here.  They see the talent here.

What Do You Love the Most About Denver?

The people. This might sound trivial, but I think the people in Denver are very cognizant of their quality of life, and they want to protect it.  If I am on the road, and I put on my signal– they let me in.  People hold the door open for you.  I think less people smoke. I go to other cities and people are standing outside buildings and restaurants, and they are smoking.  I think Denver is a healthy place.

I love what I am seeing in Denver.  We have something a lot of other cities don’t have, and its just not about business.

Its about our culture–our quality of life that we can offer ourselves and others.  Its about  360 days of sunshine a year.

We can get a 70 degree day and the next day get three inches of snow. Then, the next couple days, the snow is gone. You can go day skiing up in the Vail Valley and come down to Denver and play golf in the afternoon – or play tennis outside!  It’s crazy!  The diversity of being able to conduct business, the travel, the arts, the people, the activity.  Denver really has it all.

Bill Moore, my father in law, is just a wonderful wonderful man: the way he conducts business and how people are attracted to him.  I think it comes down to his sincerity, his honesty and how he treats people.  People want to do business with him.  People want to be around him.  If he shakes his hand he will follow through, even though he can do a better deal with somebody else.

It’s about building relationships and about building trust and  integrity. It’s his reputation. He seems to do it in a natural way where he doesn’t have to work at it.  It is just who he is and his make up.  It is so natural for him and its infectious.  It is after him that I’ve tried to model my professional career; how I’ve been a husband;  how I’ve raised my kids, my family;  and he is just a real good role model for how I want to live my life.  If I get even a tenth of what he has, and I can pass that on to my friends and my family, I would be very grateful.