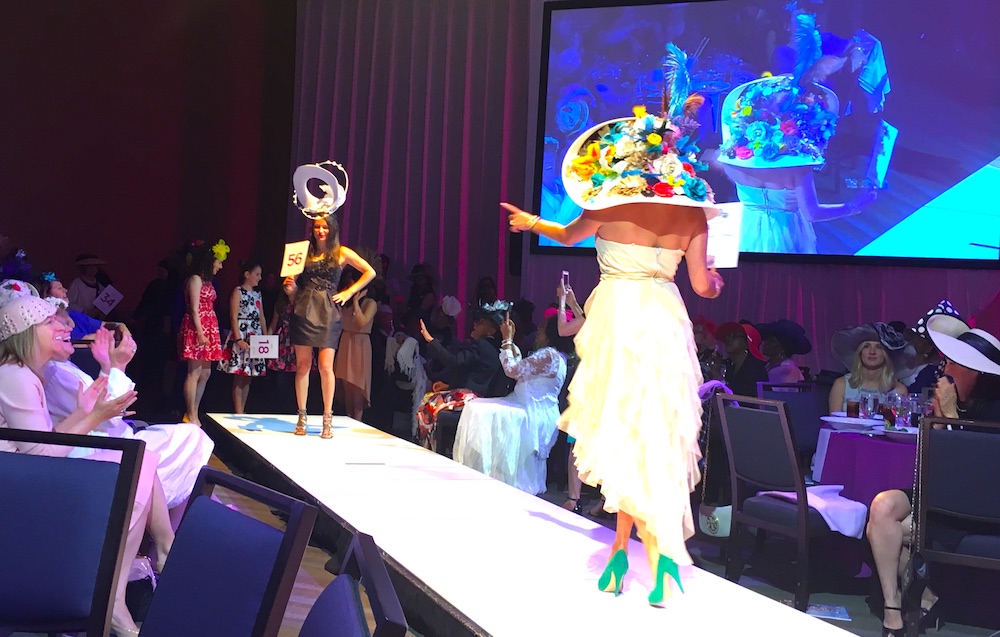 Hats off to Denverites for turning the Kentucky Derby into a day that highlights local charities and brings together friends and fun.  What started with the Denver Derby Party 16 years ago, has caught on to one big day of festivities all over town that raise money for good causes!   Here are some of the hat parties making a difference:

The Denver Derby is Denver’s largest Derby party that began 16 years ago and is one of the biggest of its kind outside of Kentucky. It takes place on the lawn at the Denver Center for Performing Arts and stretches four blocks long through downtown Denver.  One hundred percent of the ticket proceeds from the Derby party benefit the Sean Ranch Lough Foundation that provides four year college scholarships to students in need. If you go, make sure to post pictures using #DerbyParty.  The event will also be featured live on NBC.

The 8th annual Jockeys, Juleps & Jazz event will  fill the Four Seasons with a sold out crowd. The event features live and silent auctions, the live simulcast of the Kentucky Derby Race, southern cuisine, mint juleps and best dressed contests.  Mylifeline.org is a cancer organization founded by Marcia Donziger that encourages cancer patients and caregivers to create free, customized websites. The mission of the organization is to empower patients to build an online support community of family and friends to foster connection, inspiration, and healing.

The Four Seasons has more than one Derby charity extravaganza going on at its posh 14th Street location.  The hotel throws a Derby Party of its own.  The adults only rooftop swim party and Derby viewing is hosted with Denverites Sean Glaser, Nathaniel Grelease, Jessica Hamilton, Jessica Lauren and Kevin Preblud. Believe it or not, the Four Seasons pool party has a less expensive ticket than some of the other fetes, but stills raises good funds for a worthy locally based charity.  The Four Seasons party benefits a Denver-based organization, Global Orphan Prevention, that addresses preventable maternal and newborn mortality, and child sex trafficking or ‘orphan’ trafficking.

While not an actual Derby watching party, the Denver Center for Performing Arts’ grand Hattitude event also deserves mention.  Hattitude kicks off Derby week in Denver and showcases some of the most stylish and creative hats in the City.  Hattitude supports the Women’s Voices Fund, a brilliant Denver charity leading the way across the country to help fund more women directors, writers and performing artists in the theater.  This year’s Hattitude party took place on Thursday, May 4th and included its famous walk the runway hat contest, special theatrical performances and a delicious lunch by Epicurean Catering.  So many of Denver’s talented heroes of the arts were out in force including Denver’s marvelous First Lady Mary Louise Lee, Cleo Parker Robinson and DCPA’s new CEO Janice Sinden.